by Anders
Hi everybody,
The pages for the 1910 Bournemouth meeting can be found here! 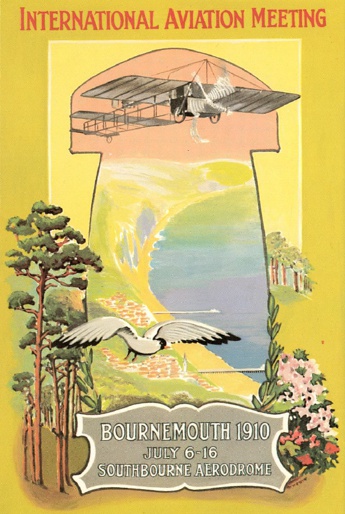 The meeting is perhaps most remembered by British aviation enthusiasts as the event when Charles S. Rolls became the first British victim of an airplane accident. The prize list was dominated by Léon Morane, who brought two new Blériots and won almost half the prize money. Among the other 17 flyers were Claude Grahame-White, Bertram Dickson and Joseph Christiaens, and the meeting featured an over-water race between the airfield and the Isle of Wight and back.

Your feedback, corrections and additions are as always welcome!
Anders
All times are UTC
Page 1 of 1
Powered by phpBB® Forum Software © phpBB Limited
https://www.phpbb.com/