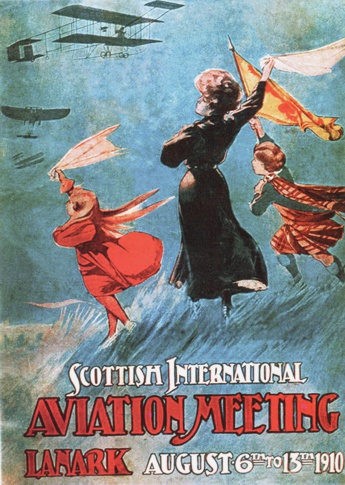 It's been almost a year, but here are finally some new pages. The August 1910 Lanark meeting was called the most successful British meeting so far, with the high point being John Armstrong Drexel's world altitude record flight. 22 machines were entered and nobody was injured. Bartolomeo Cattaneo flew in total eight and a half hours, beating Drexel by one and a half. Cecil Grace took the biggest share of the price money.

You will find the pages here!